As previously published in An Cosantóir in August 2011 issue.
By Paul O’Brien – Photos by Cpl Greg Dorney & Cpl Neville Coughlan

The Irish National War Memorial Gardens at Islandbridge commemorate the sacrifice of the almost 50,000 Irish servicemen, Catholic and Protestant, who died during the Great War. 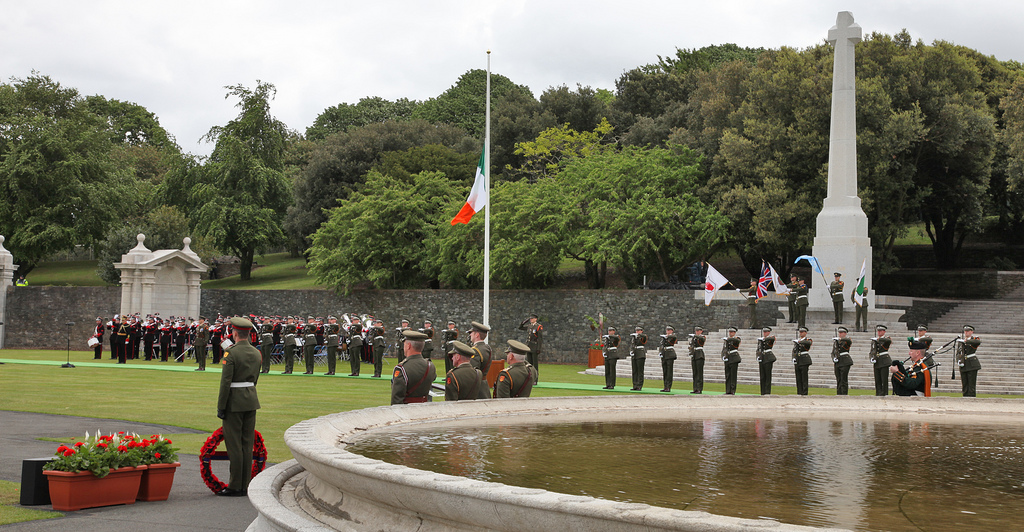 The gardens, which are located on the southern banks of the Liffey about three kilometres from the centre of the city and occupy an area of about three hectares, were designed by Sir Edward Lutyens.
Shortly after ‘the war to end all wars’ drew to a close it was decided that a permanent memorial to commemorate all those Irish men and Irish women who were killed during the conflict should be erected in Ireland. On 17th July 1919, one hundred representatives from all over Ireland met in Dublin and established a memorial committee to raise funds to further this aim. In the years that followed, a number of suggestions were put forward but all were rejected due to their impracticality, inconsistency, or failure to meet planning obligations.

In 1929 the Irish government suggested a memorial park should be constructed on the banks of the River Liffey at Longmeadows. The plan consisted of a public park, a garden of remembrance and a war memorial. The Memorial Committee would pay for the war memorial and the government would finance the gardens.

Sir Edwin Lutyens (1869-1944), who designed the Cenotaph in London, was commissioned to prepare the design. His design was one of classical symmetry and formality; a stone cross overlooking an elaborate symmetrical garden with four classical granite pavilions linked by pergolas.
The first phase of the construction began in 1931 with a linear parkway that stretched from Islandbridge to Chapelizod. The second phase saw the memorial gardens laid out between 1933 and 1939. (The workforce for the project consisted of ex-British army personnel residing in Ireland and also ex-servicemen from the Irish National Army.)

Enclosed within a high limestone wall with granite piers is the central lawn, the centre of which is a Stone of Remembrance made from Irish granite. (Lutyens designed the Stone of Remembrance for the Imperial War Graves Commission. It was designed to be used in IWGC war cemeteries containing 1,000 or more graves, or at memorial sites commemorating more than 1,000 war dead. Hundreds were erected following World War I.) The Stone of Remembrance symbolises an altar and is flanked on either side by fountain basins with central obelisks symbolising candles. The combined symbolism of the altar, candles and cross is representative of death and resurrection.

Aligned with the Stone of Remembrance and the central avenue stands the Great Cross. Inscribed on the limestone wall are the words: “TO THE MEMORY OF THE 49,400 IRISHMEN WHO GAVE THEIR LIVES IN THE GREAT WAR 1914-1918.” 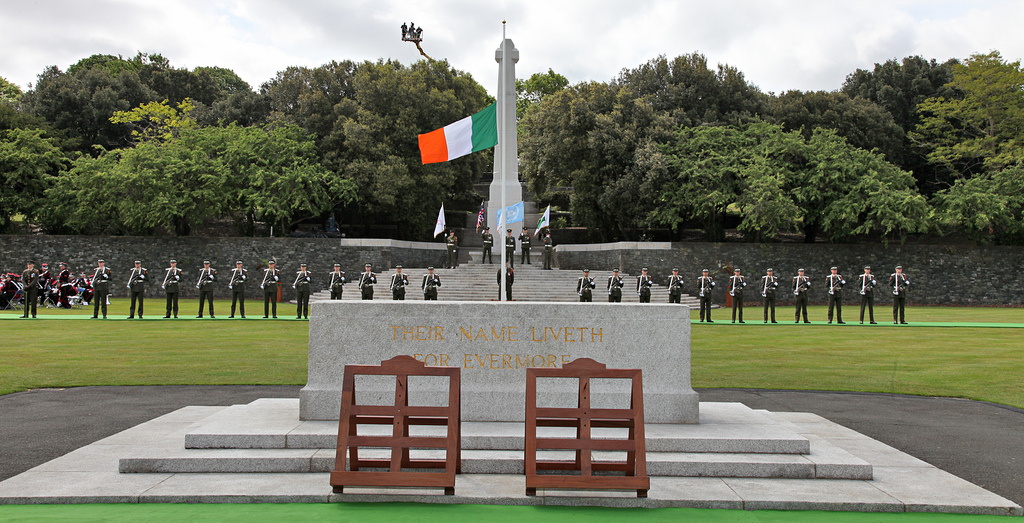 At either end of the lawns are two pairs of book rooms constructed in granite. These represent the four provinces of Ireland and contain the books of remembrance in which are inscribed the names of the 49,400 soldiers who lost their lives during the conflict. The famous stained-glass designer Harry Clarke carried out the ornate Celtic decoration in these books. 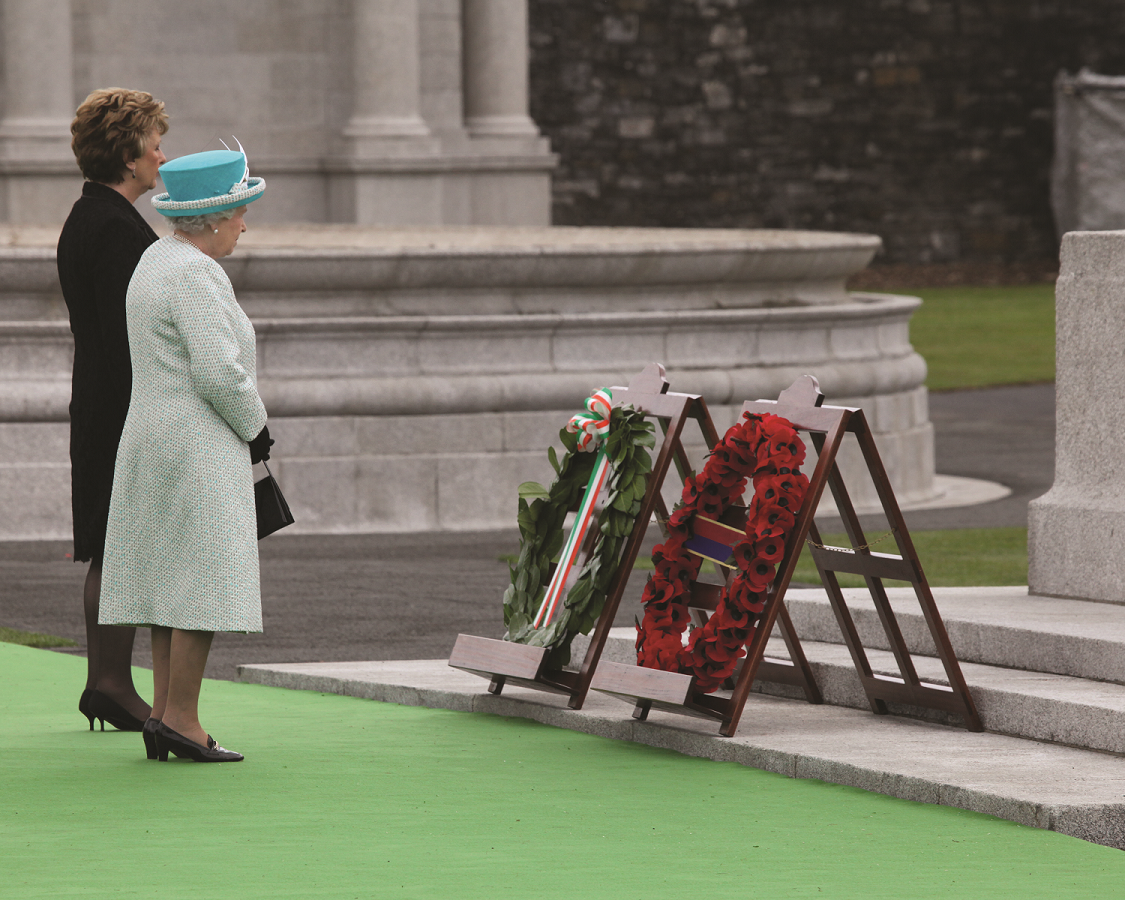 The Ginchy Cross is also housed in one of the book rooms. This wooden cross was erected in 1917 as a memorial to almost 5,000 Irish soldiers of the 16th Irish Division who were killed in action at Guillemont and Ginchy during the battle of the Somme. The cross was later replaced by a stone one and the original was returned to Ireland in 1926.

The sunken Rose Garden is located on either side of the central lawn. Entrance is gained by walking between the granite pergolas. It is interesting to note that the garden is devoid of any military symbolism and is more a place of peace and tranquillity than a glorification of war.

Though the park was opened to the public in 1937, a delay in obtaining a completion certificate for the grounds deferred an official opening and the outbreak of the Second World War postponed the opening indefinitely. In the years that followed, a lack of finances was to restrict future works and maintenance and by the 1960s the gardens were falling into disrepair, decay and dilapidation. 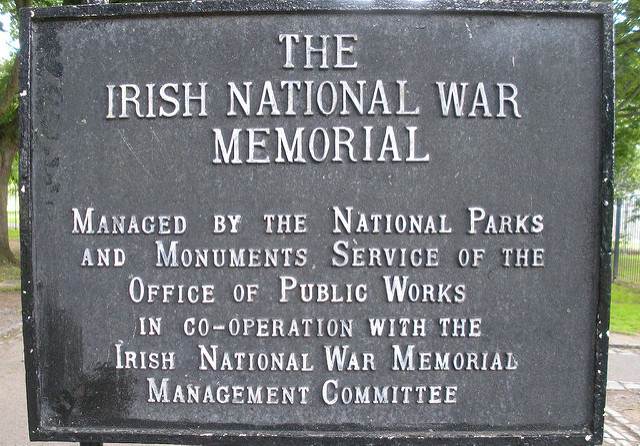 The Garden of Remembrance and the War Memorial Gardens are open to the public and are worth a visit, not just for the history that has just been made but also to remember those that have fallen and to ensure that history does not forget them. 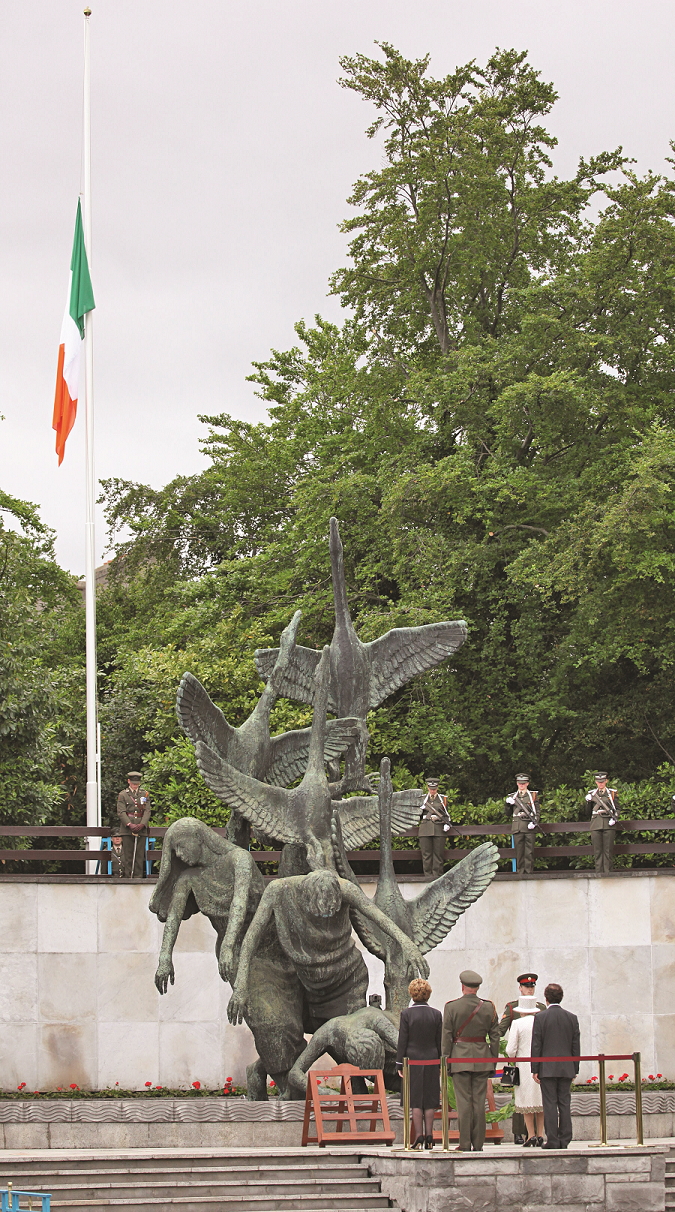 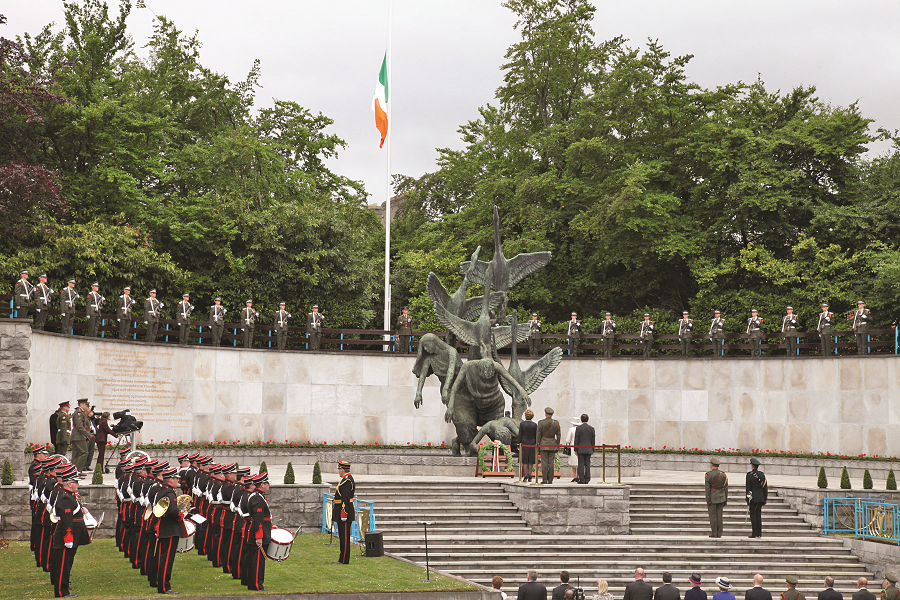 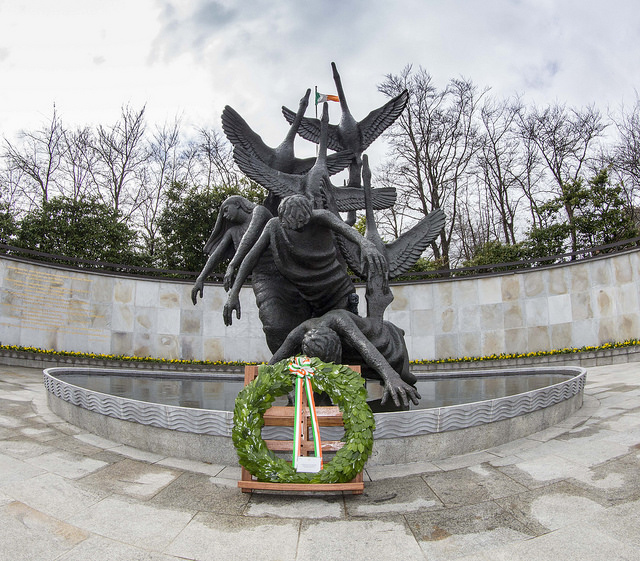 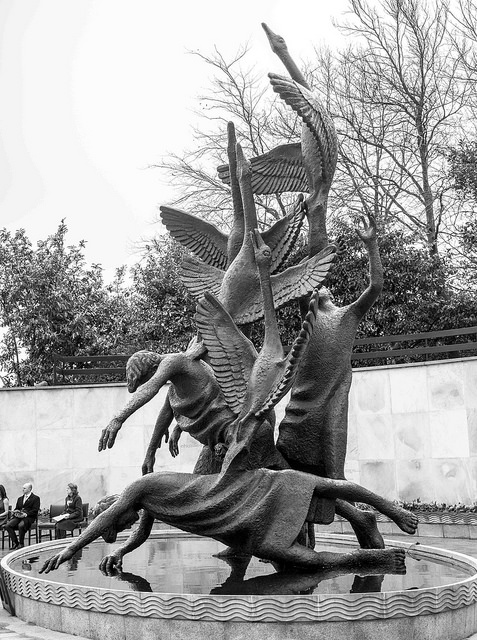