As previously published in An Cosantóir in May 2012 issue.
By Sgt Wayne Fitzgerald 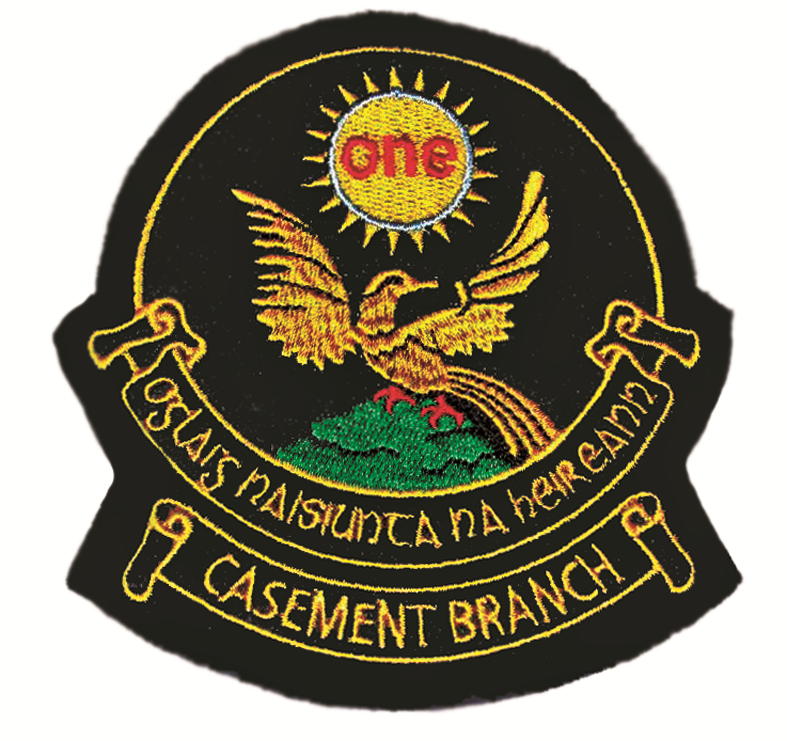 The Sir Roger Casement Branch of ONE (Organisation of National Ex-Servicemen and Women) was established in Casement Aerodrome, Baldonnel, in late 1979. The branch has grown from strength to strength over the years mainly due to the efforts of its members and the great relationship it has had since its foundation with successive GOCs and serving Air Corps personnel. 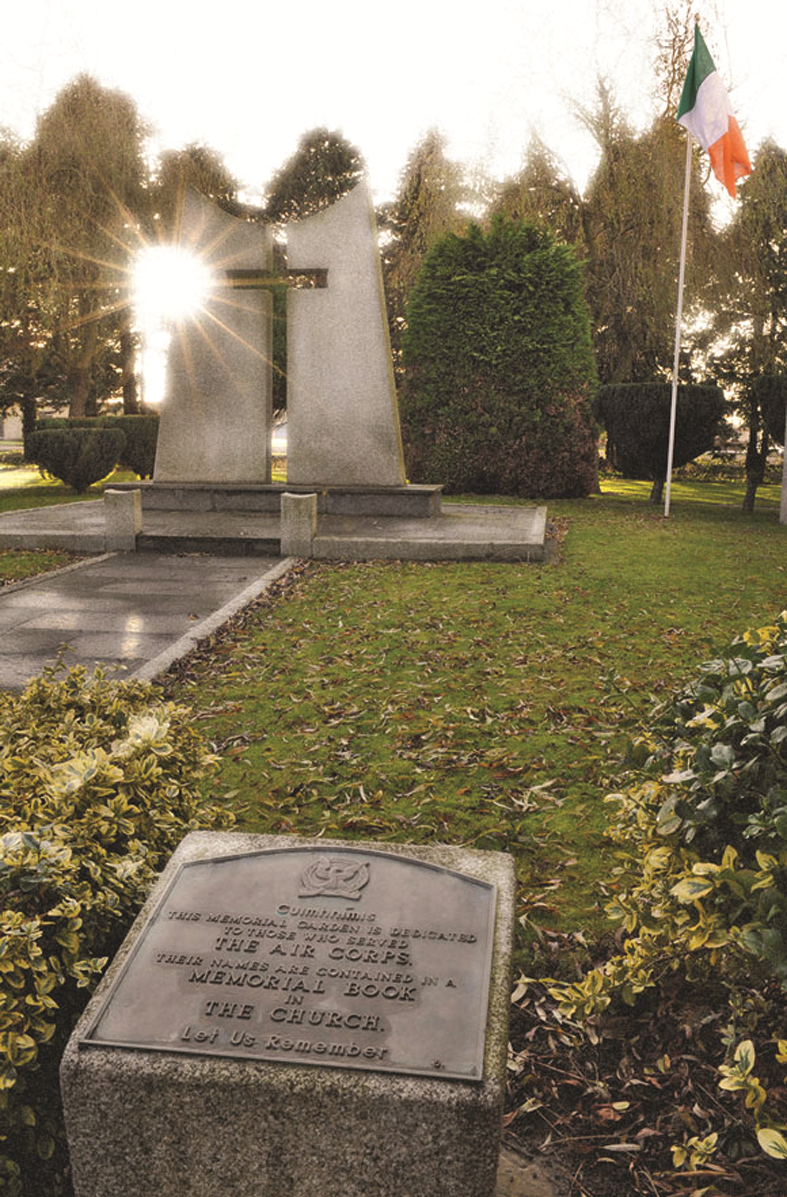 Significant events undertaken by the branch include: establishing the ONE Memorial Garden in Baldonnel with a monument to the memory of deceased former Air Corps personnel who have served within the Air Corps; holding an annual Mass of Commemoration in the Garrison Church; the presentation of a unit flag designed by a member of the branch to the Apprentice Training School; and a presentation to GOC Air Corps of a book of copies of the letters of Roger Casement.

In addition, every year the branch organises a number of trips to places of historical interest as well as organising events that provide an opportunity for former colleagues to meet and renew old acquaintances. An example of the latter is the annual Christmas lunch for retired Air Corps personnel. This very popular event has become a favourite reunion for former colleagues.

Paddy O’Meara, who stood down as branch chairman in January 2012, joined the Air Corps as a boy apprentice in 1956 and served for 12 years, mostly as an instructor in the Air Corps Apprentice School, retiring as a flight sergeant in 1969. After leaving he joined AnCo the industrial training authority that had been recently set up to promote industrial training throughout the country. Paddy has been an active chairman since his election in January 2007. 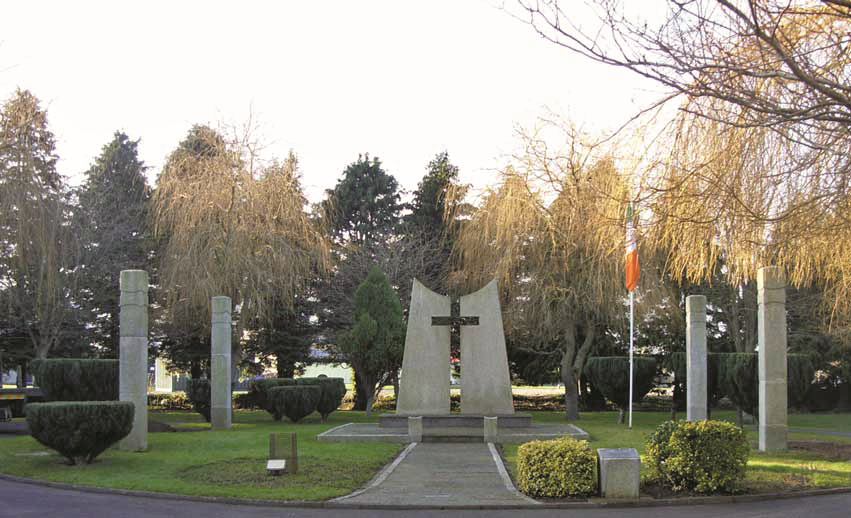 During his tenure he oversaw the updating of the magazine-style version of The Link newsletter, which is circulated to all members on a quarterly basis and is greatly appreciated particularly by overseas members. An extensive website was created that provides full details of the branch’s history, committee, and details of upcoming events. Copies of The Link are also archived on the site. The website has been the key in generating contacts from many former Air Corps members who are scattered around the world and who wish to maintain contacts with their old comrades. A new Facebook page and email address were also created for the benefit of all members. 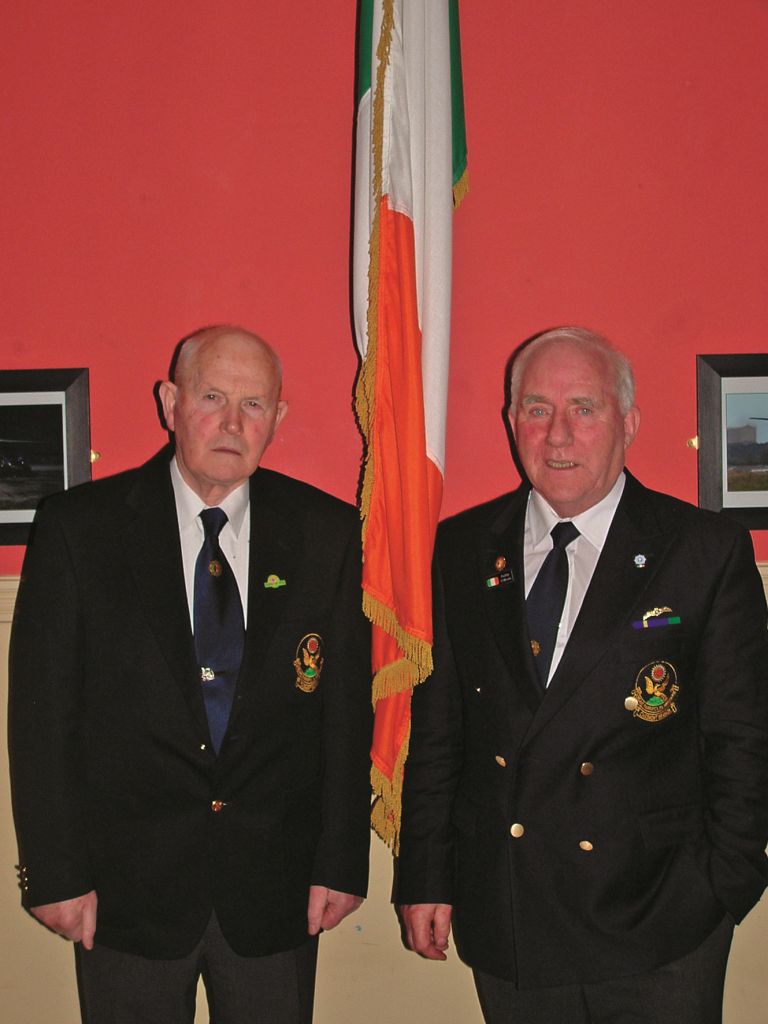 In addition, Paddy successfully negotiated with the board of ONEt and the Dept of Defence, with the kind support of the GOC Air Corps, for approval for the members of the branch to wear Air Corps-style forage caps as part of their ONE uniform. This headgear has been very popular with the members. It further identifies the branch and its members with the Air Corps family and branch membership has increased as a result.

A programme of collection days was set up in selected shopping centres to generate support for ONEt’s national Fuchsia campaign. These collections were professionally arranged with the use of advertising posters, backdrops and videos. In addition to the funds generated, the PR spin off for the branch was invaluable, particularly with the communities in the Baldonnel, Clondalkin and Dublin Airport catchment areas.

Paddy will continue to serve as a committee member, with special responsibility for maintaining the communications systems, and he wishes the incoming chairman every success in the position.
The new chairman, Finnbar Lyons, enlisted in 1953 as a direct-entry aircraft mechanic and served with No 1 Fighter Squadron (Gormanstown) until he left in 1961 to work for Aer Lingus as an aircraft technician. Finnbar says his main focus as chairman will be to continue Paddy’s great work through the communications media, events and outings, and to increase membership, which currently stands at 150+. 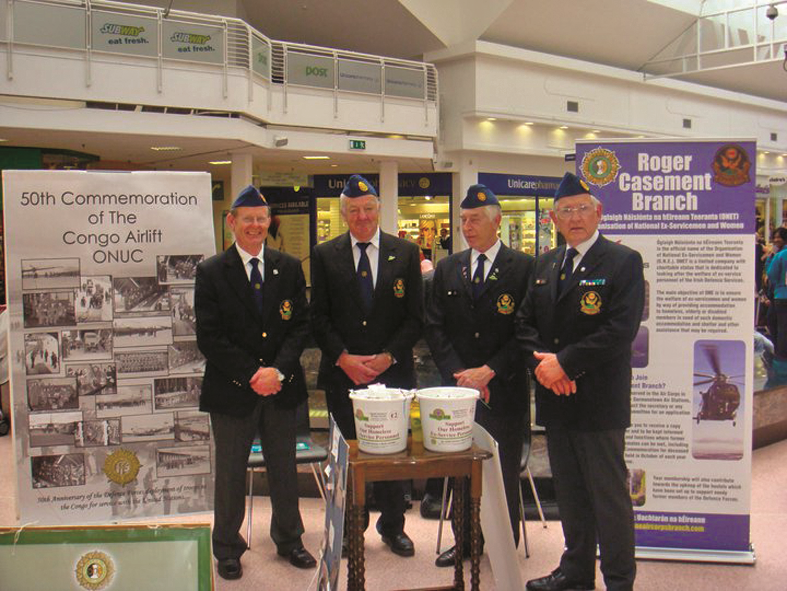 Branch members on the Fuchsia Campaign

Personnel who have served in any part of the Defence Forces are welcome to join the branch and to attend its meetings, held on the third Thursday of the month at 20.00hrs in the NCOs’ Mess, Baldonnel. For more info on the branch, contact the secretary: Noel Murphy, onerogercasementbranch@gmail.com or visit www.oneaircorpsbranch.com or www.facebook.com/pages/ONE-Roger-Casement-Branch/100278033401653